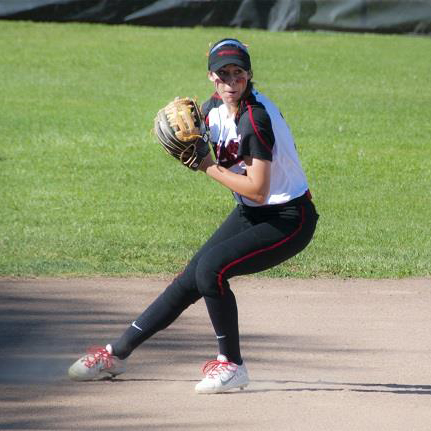 In an era of single-sport specialization, Monte Vista’s Lindsay Rood stands out as a beacon for all those who strive to excel in multiple arenas. Her message, though, is that success in multiple sports does not come easily, and requires a commitment that the majority are not willing to make.

“I learned during my freshman year that I was going to always be busy,” said Rood, who has been a four-year varsity player for the Mustangs soccer and softball teams. “You have to accept the fact that you have to give things up, and that your social life takes a backseat.”

“As soon as I got into high school, it has always been high school practice or games or straight to club practice,” said Rood, who has also maintained a cumulative 3.5 GPA. “But the two sports have definitely complemented each other, have each made me a better overall athlete.”

That overall athleticism is apparent in Rood’s accomplishments throughout her high school career. She scored 37 goals and 90 total points over her soccer career, as a starter on teams that won two North Coast Section titles and reached the title game in her other two seasons. And yet, it is softball which Rood will pursue next season at Cal.

The shortstop has been a force on the diamond already this season, hitting .667 in the Mustangs’ first five games, with an amazing 1.872 OPS and four stolen bases. And her defense is nearly flawless; Rood committed just three errors in 94 chances last season. She has also been quick to make an impression on new coach Tony Bari, who took over at Monte Vista after four years at the helm for EBAL rival California.

“She’s just a tremendous athlete,” said Bari, who described her as a complete package in softball. “She’s naturally athletic, and I’ve not known anyone else at her level for both sports.”

Rood’s proficiency at both sports, however, transcends her ability to simply perform on the field. Knowing that she would have a new softball coach for her senior season, she made a point to stop by early practices and workouts, despite being in the middle of a playoff run with the soccer program. This enabled her to initiate communication and start building the coach-athlete relationship even before her season of sport officially began.

After showing such prowess and dedication at the high school level in both sports, the conversation has arisen among the coaching staffs at Cal as to her ability to become a dual-sport athlete at the next level. The decision at this point is that Rood will focus on the transition to college softball and academics during her first year, but that the door is open for further discussion down the road.

For now, the senior is simply focused on the success of the Mustangs as a team this spring, and her continual quest to get better as an individual.

“I’m just really focusing on becoming better at the little things the rest of this spring,” said Rood. “Like with all the teams I’ve played on, we have so many great athletes here, and it just keeps pushing us to get better, both as individuals and as a team.”